Why trees in England do grow old

Tree tours from the Netherlands to England are organised because there they do have really old veteran trees. Our oldest tree in the Netherlands, the ‘pet’ lime from Sambeek, is maybe 400 years old and feel free to add on 100 years or name another tree which deserves this accolade or comes close. In England you mainly see yew and oak trees that are more than 1000 years old! How is that possible, because if you look at our climates they aren’t that different from each other? The reason? Brits are conservative, easy going and maybe even a little lazy and that’s the saviour for these old trees!

I recently walked from the west to the east coast of England, and it’s obvious as soon as you arrive in the country, you are welcomed by a countryside that exudes calm and space. No straight lanes of trees in repetitive patterns next to the roads but lots of hedges, filled with different species of bush and tree. The solitary trees that you see outside of villages and towns are mainly around agricultural areas. A bit like what you can still see in parts of Drenthe and Overijssel. The meadows are different to what we are used to in our rural monoculture. In the Netherlands it’s mainly, ironically, English rye-grass, that is popular in agricultural areas whereas in England they are made up of several types of grass and herbs.

The grass is cut more nonchalantly, not cutting right to the edges, in fact the edges are often not mown at all allowing various herbs to grow unhindered. This is often done for a practical reason, the edges often being uneven ground or made up of rocks and stones. The fields are often smaller in England but usually closed in by vegetation. Hedges containing all number of species including hawthorn, blackthorn, dog rose, privet, holly, hazel etc. These are nearly always mechanically pruned and if that doesn’t happen then it isn’t a hedge anymore but a line of bushes, and then you often see hedges with taller trees sticking out. The mowing of the hedges is sometimes done very roughly, by flailing, but it doesn’t appear to affect the result. It’s a heavy-handed way of doing it but that doesn’t mean it shortens the lifespan of the hedgerow. The hedges and rough edges of the meadows are a haven for lots of insects, mammals and birds.

The trees that you come across in rural areas all seem to be privately owned. The farmers understand the benefits of trees along the edges of their fields. While Dutch cows have their udders smothered in sun cream (I kid you not) English cows and sheep can enjoy the shade under the trees. If a branch falls they often just let it lie there and mow around it. A dead tree next to the road? Apparently not an issue as there seem to be enough of them in a sorry state. Do these trees need to be on the emergency felling list or can they be accepted as an ecological Inn?

If you are on an English farm then it’s clearly evident that it isn’t a Dutch farm, you can call it sustainable but my upbringing has taught me to describe the majority of farms in England as messy. Old machines sit around rusting until they turn to dust, and where there are no machines is where the cattle live. Scattered around are bales of hay covered in plastic and buckets full of energy food on rotten pallets. Old iron lies around all over the place and every farmer still burns wood, and the wood lies where there is no rubbish. In short, the English are easy going and maybe even lazy.

The species of tree that occur in England are very basic, we try and call this native. In the north are lots of sycamores but also ash with the resulting consequences of ash dieback. Silver birch, beech, hornbeam, willow, alder and of course oak, a lot of oaks. Next to no American oak like we have so much of here in the Netherlands, but pedunculate oak Quercus robur which they call English oak, a bit claimy if you ask me as this species is just as much Dutch as it is English. But it’s these oaks of which they have many veterans, some older than 1000 years!

After walking across England I visited the Bowthorpe oak in the county of Lincolnshire. A fantastic veteran, thick (the circumference was measured in 2017 and came out at 13,33 metres measured at 150cm) but also low for an oak, it isn’t even 10 metres tall. A very old tree between 600-1000 years old on a farm. The canopy is fenced off at some distance and surrounded by a grass area with benches. Pay £2.50 and you can admire the tree, but don’t climb over the fence! The tree is hollow and consists of two parts, held together with chains. When I visited in July 2022 about a quarter of the broad branches in the canopy were broken off and dead. The tree reacts to this amazingly with strong regrowth, with shoots of 50cm, something many oaks in urban areas would be jealous of. The reason such old trees do exist in England is plain to see here. The broken branch isn’t tidied up but allowed to remain, the owner has respect for the tree and allowing it the space that it needs is the most important measure. Easy going, lazy, conservative but also conserving.

And then more evidence of English easygoing, the Land Rover Defender! I won’t even start on the fact that everyone drives on the wrong side of the road. The Defender is the Stonehenge under the English cars, which started in 1948 and until 2021 hadn’t changed much at all. Not comfortable, difficult to get warm, designed thousands of years ago and invincible. Finally in 2021 they release a new, hip unity sausage model! How can a nation get away with a 70-year-old piece of junk without renewing anything? Maybe that’s the answer.

The English are conservative and maybe that’s the reason for all the veteran trees, already over 1000 years old! If we were a little bit so inclined in the Netherlands then maybe our landscape would be more diverse and the future would be brighter for our older trees. 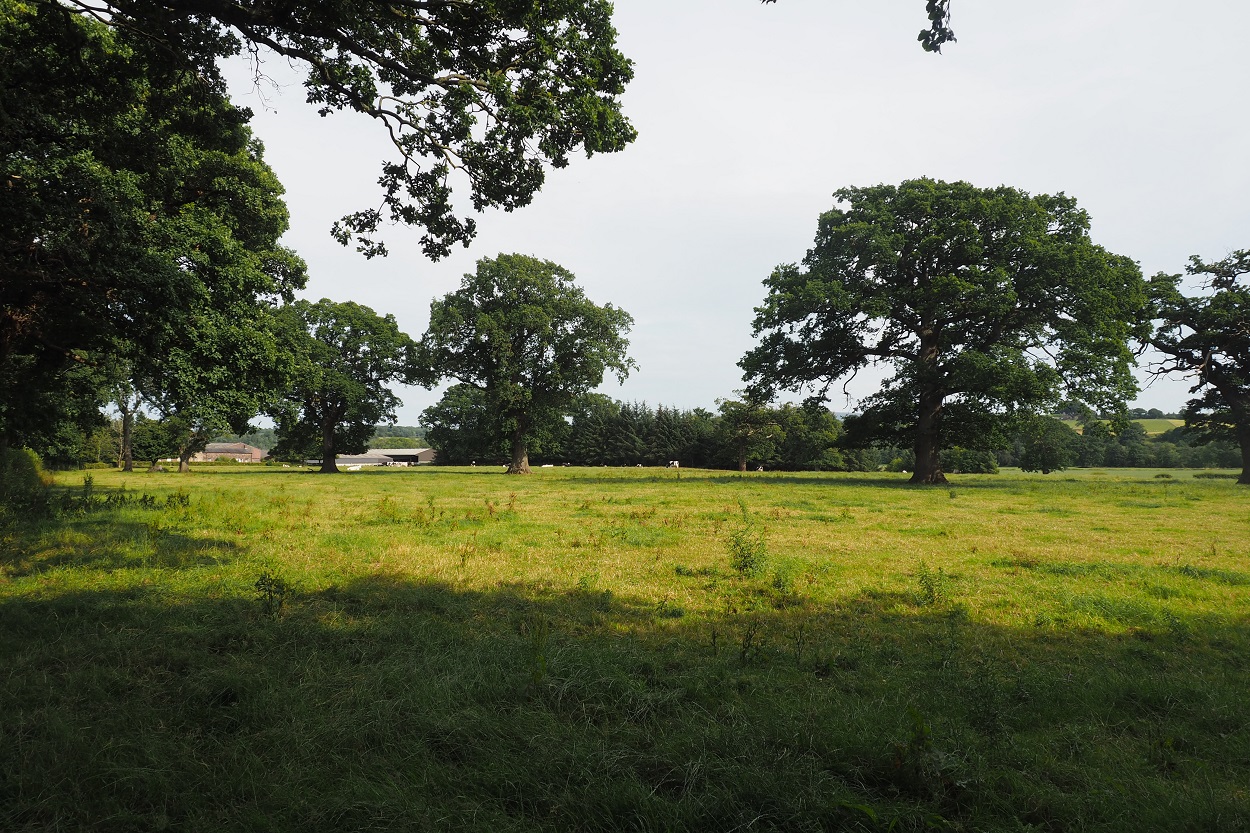 English agricultural area with trees, cows and a diverse meadow 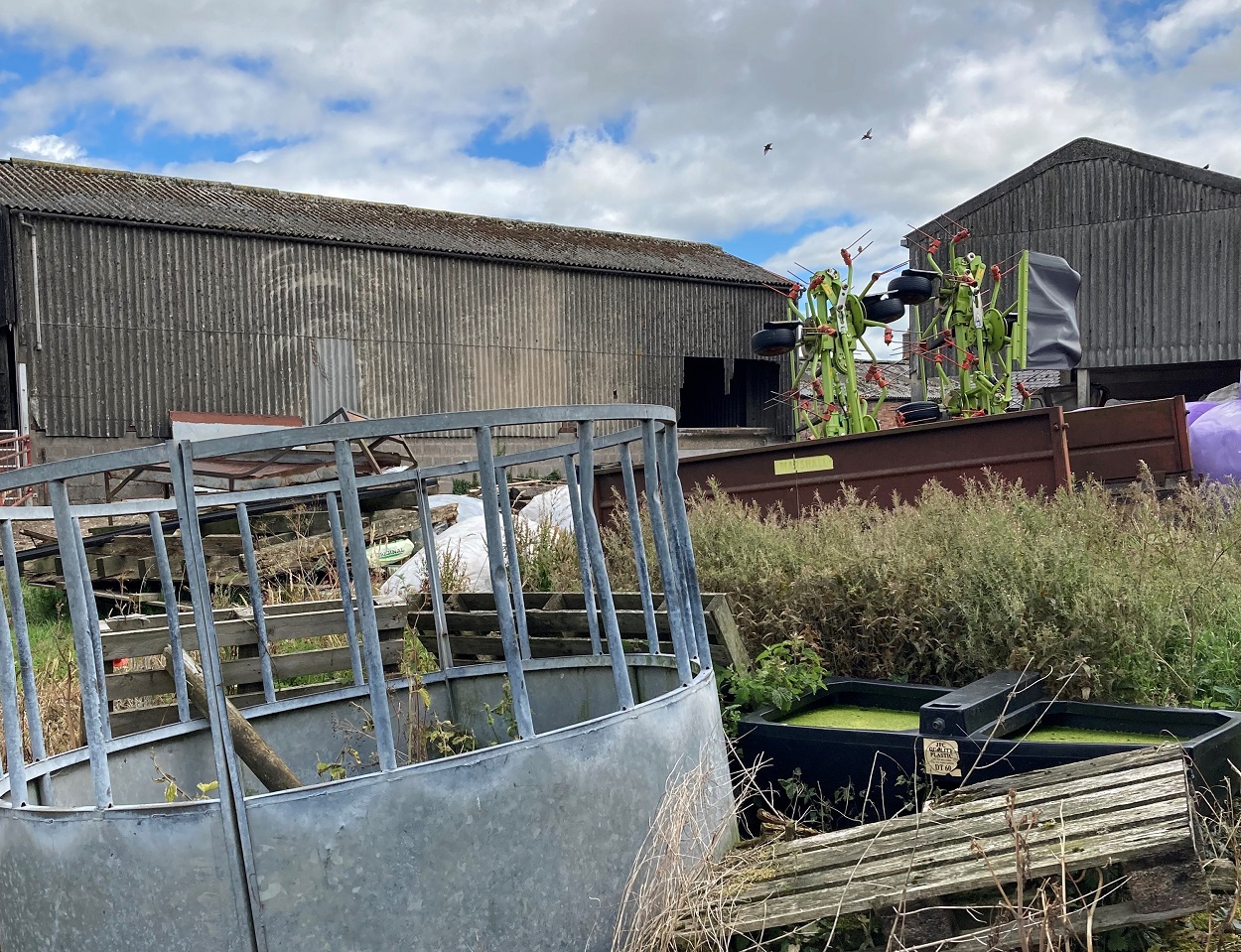 You can describe the majority of farms in England as messy 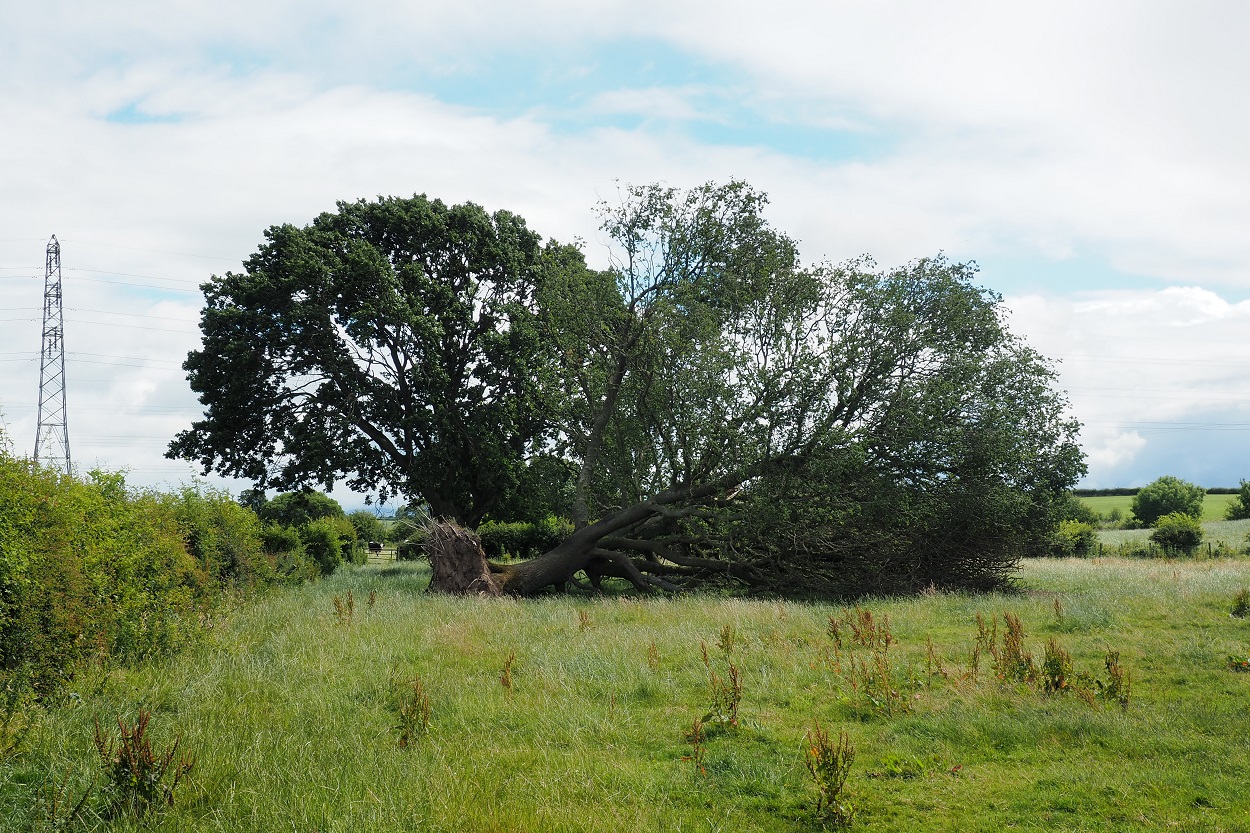 The failed trees isn’t tidied up but allowed to remain

Dying ash, need to be on the emergency felling list or can they be accepted as an ecological Inn? 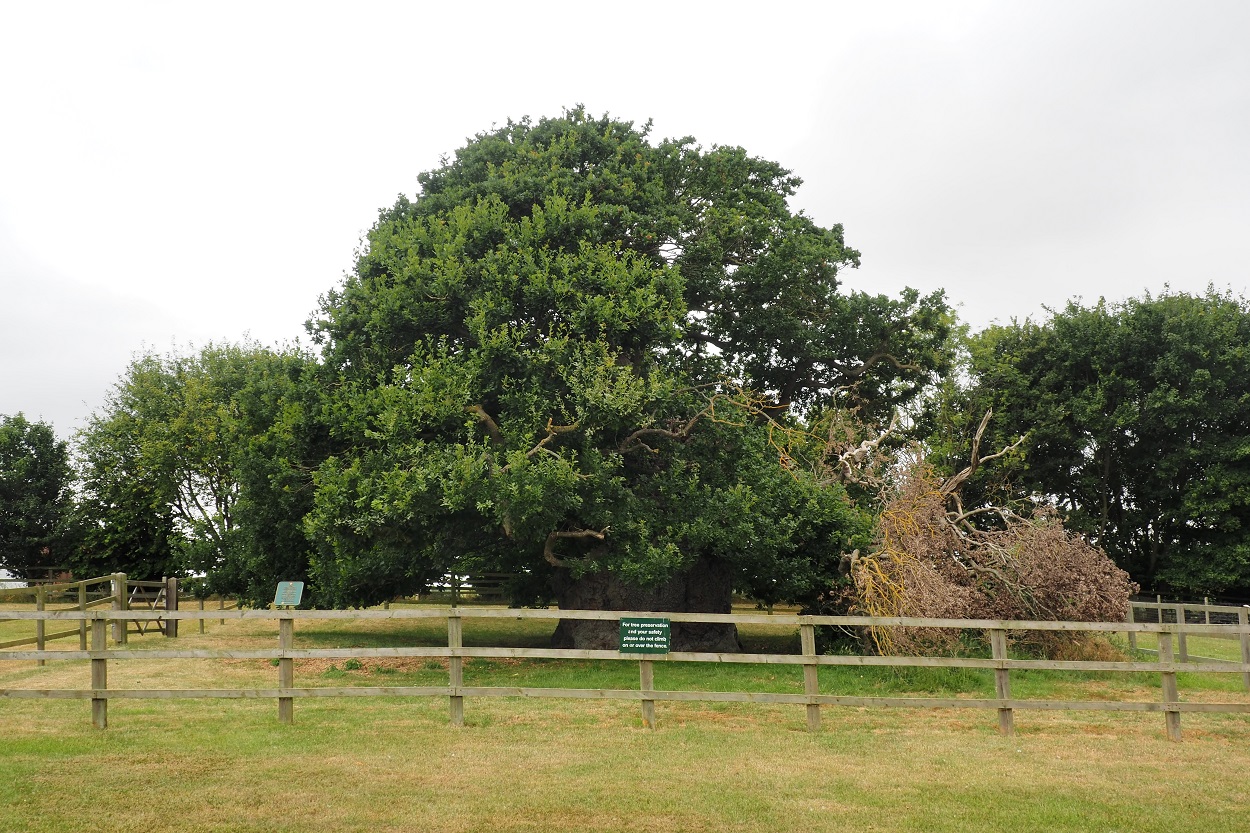 Bowthorpe oak, alive and kicking something many oaks in urban areas would be jealous of

Landrover Defender design convenience at its best, nemewed after 70 years