Did you know that the United Nations declared 2020 as the International Year of Plant Health (IYPH 2020)? It may be something hard to relate to. Even the Netherlands, an agricultural giant, seems to ignore it. So, why not take advantage of this initiative to bring up the importance of plants and trees to the general public?

While I was still wondering about which approach to take regarding IYPH 2020, I found myself attending a conference directly related to the topic at stake. It all happened last February at Kew Gardens, London, where I was invited to participate in an international discussion panel on plant health. I personally believe that this subject affects us much more than we think. In fact, The United Nations Food and Agriculture Organization estimates that 40% of all agricultural crops grown in the world are severely damaged due to different pets and diseases. This implies that these crops are no longer suitable for consumption. Besides, plant health is currently threatened by climate change and diverse human activities that disrupt ecosystem services, reduce biodiversity and create new opportunities for invasive species to thrive successfully. It is therefore not just about plant health, but also about plant safety and how to limit the risk of introduction of new pests and diseases.

In this post I mainly focus on possible opportunities and threats regarding tree health. Pests and diseases can be introduced in various ways. The natural way refers to the spreading of pests and diseases as organisms evolve. This is the case of insects, which often travel a fair distance within their natural range and spread themselves flying, walking or even carried by the wind. For instance, the European oak bark beetle, Scolytus intricatusis, a fairly passive insect, may proliferate in a radius of circa 150 meter when the environmental conditions are pleasant for its growth. Thus, as with many insects, this particular beetle has a high multiplication potential.

In addition, micro-organisms such as bacteria, fungi and viruses are also known as a potential threat to tree health. The current Coronavirus (COVID-19) pandemic is the perfect example showing how viruses expand. Currently there are less viruses affecting tree species though, while the main focus is on bacteria and fungi. We now know that the spores of Hymenoscyphus fraxineus, the causing agent of Ash Dieback, are still airborne within a spreading range of 30 kilometer. This Asian fungus has successfully spread throughout Europe since its first appearance in Poland/Lithuania in the early 1990’s. The success of a disease relies on two main factors: a suitable climate and a sufficient food supply. Since the Asian fungus has been able to settle in Europe climate-wise, and ash trees are present in large numbers, the fruitful development and expansion of the fungi species is assured.

The above-mentioned cases are only a few well-known examples that impact tree health in the Netherlands. Yet, there are still many pests and diseases that we do not observe on our trees but that could easily settle in our environment. For instance, a bacterium called Xylella is a potential threat to our local plant and tree stock. Such bacteria occur naturally in coffee plantations of South America, and its presence in Italy has been confirmed since 2013. In 2018, a coffee plant in an office in Noordwijk was intercepted  by the NVWA and diagnosed with Xylella. The risk of this bacterium lies in the fact that it is not specifically targeted at one plant genus. The most recent European Commission list as of April 11, 2019 states tree species such as oak, cherry and walnut to be potentially affected by Xylella, but also other plants such as grape, lavender and asparagus.

Four different species form the Xylella genus, and each of them has its own specific host plant preference. Not all plants die as a consequence of this infection, and the actual repercussions are still unknow throughout different climate zones. In Italy, almond trees (Prunus dulcis) and olive trees (Olea europaea) are especially vulnerable to this bacterium. In the Netherlands, we are not yet aware of what the exact effects will be on affected plants and trees. Not all species native to Southern Europe can grow in the Netherlands, but different representative species at the genus level are present in both regions. We hardly find almond trees, but many other cherry trees such as the wild cherry (Prunus avium) are widely present, which could be potential targets for Xylella. Insects such as aphids spread this bacterium. However, it has been demonstrated that the most rapid spreading pathway is by transferring plant material. Symptoms are even observed three years after the infection. The Dutch quarantine policy for Xylella states that in case of an outbreak in a nursery, there is a high change that it will go bankrupt due to the subsequent destruction of plant material and prohibition of trade during the following years.

Many invasive species represent a threat to plant health, which may cause mild to serious effects in their hosts. For instance, Oxycarenus lavaterae, Lime Seed Bugs native to North Africa are increasingly common on Little Leaf Linden, Tilia cordata, and they are considered as a mild pest. However, the Emerald Ash Borer, Agrilus planipennis, is treated as highly destructive to the Fraxinus genus in both Russia and North America.

Coming back to IYPH 2020, plant health is a very pertinent topic. We tend to carry plant material worldwide creating a great risk of unintentional species introductions. Thus, we must act responsibly and prevent such transports by maintaining strict border security controls and quarantine measures. On the realistic side though, different organisms such as the coronavirus (COVID-19) or the Xylella bacterium may create false safety ideas and a certain degree of health hysteria. Pests and diseases do not care about borders and have no limits. This fact brings me back to the two main factors for the success of a disease. Our climate is ideal for many pests and diseases to prosper. Besides, we have a controlled food supply across our intensively cultivated landscape. The monocultures that I frequently quote contribute to development of infections, especially if they are narrowly specialized in a certain crop. Therefore, a diverse landscape is the base to build up biodiversity and natural resilience against pest and diseases.

You can take a look at Prince Charles speech on the importance of plant health during the conference in the Kew Gardens. I was privileged enough to have a chat with him, and I believe that this charming personality deserves more credit than commonly given. He stands as a strong representative of plant and tree health.

Bearing in mind that we have to be in alert regarding accidental species introductions, I personally stopped carrying plants and seeds from abroad. Prohibitions of transporting plant material are displayed in airports, steeping forwards towards local plant health. So, the International Year of Plant Health is a great tool to raise awareness on the need of a healthy tree stock and also on risks that different pests and diseases entail. 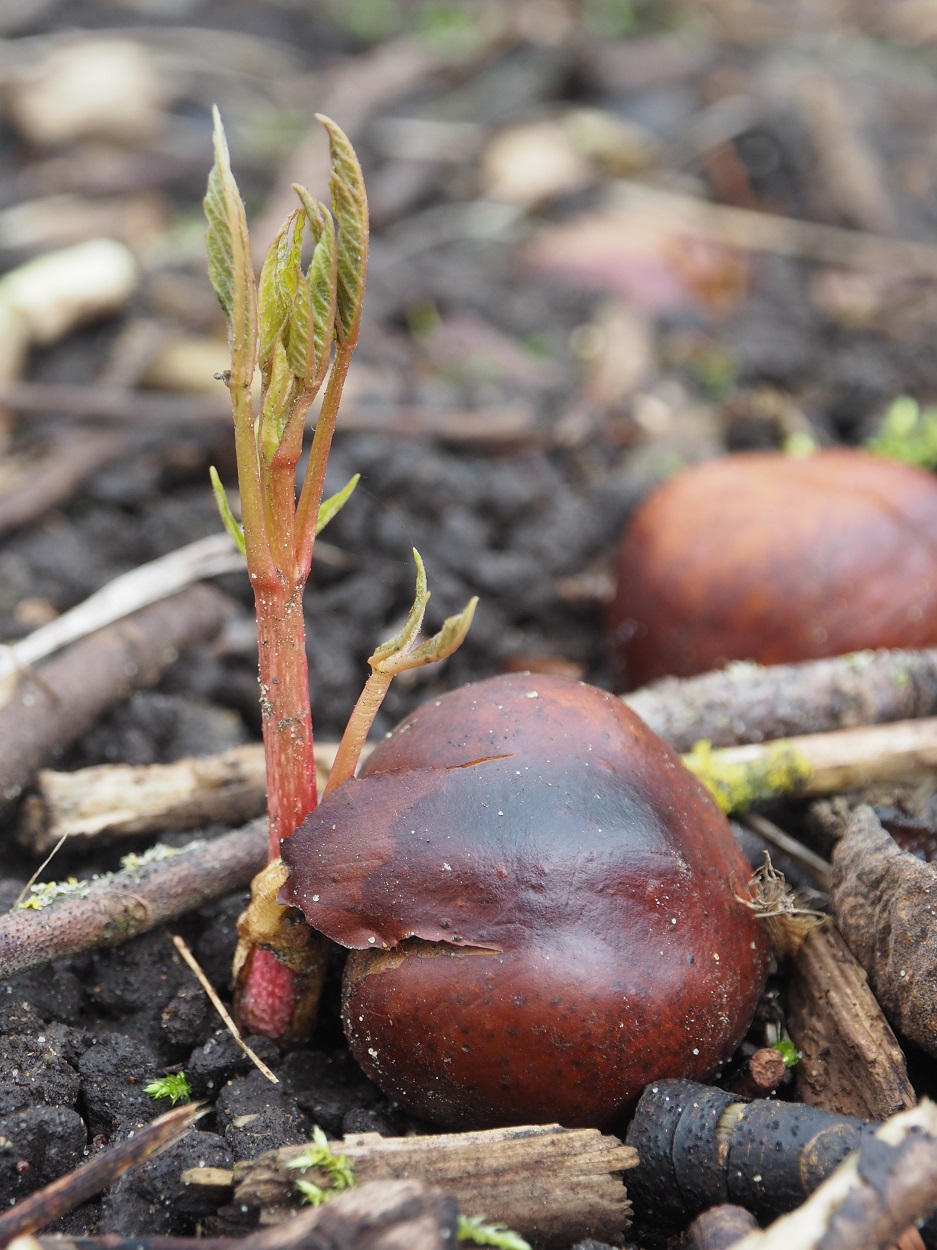 Aesculus californica, tempting to take home but better to leave 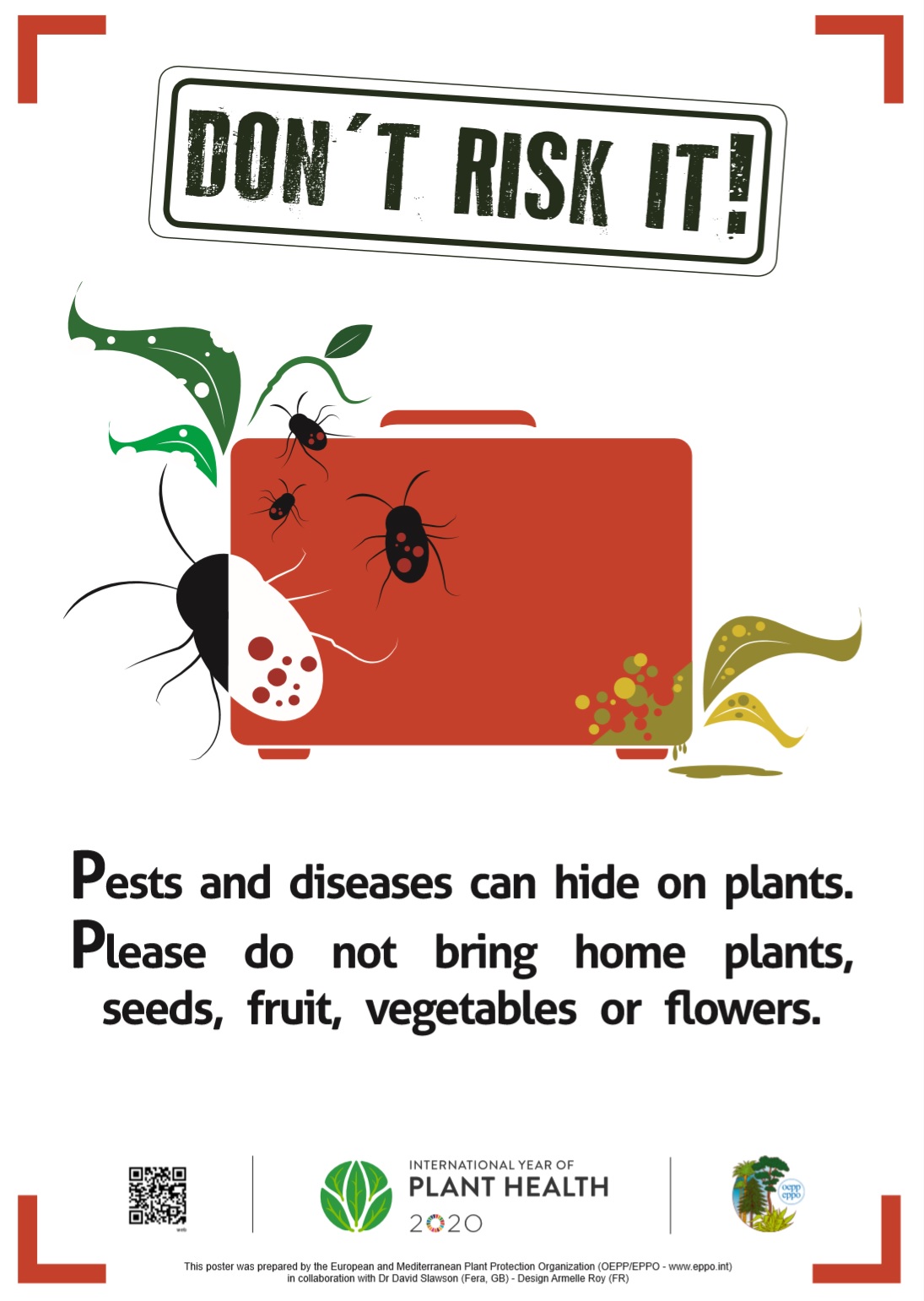 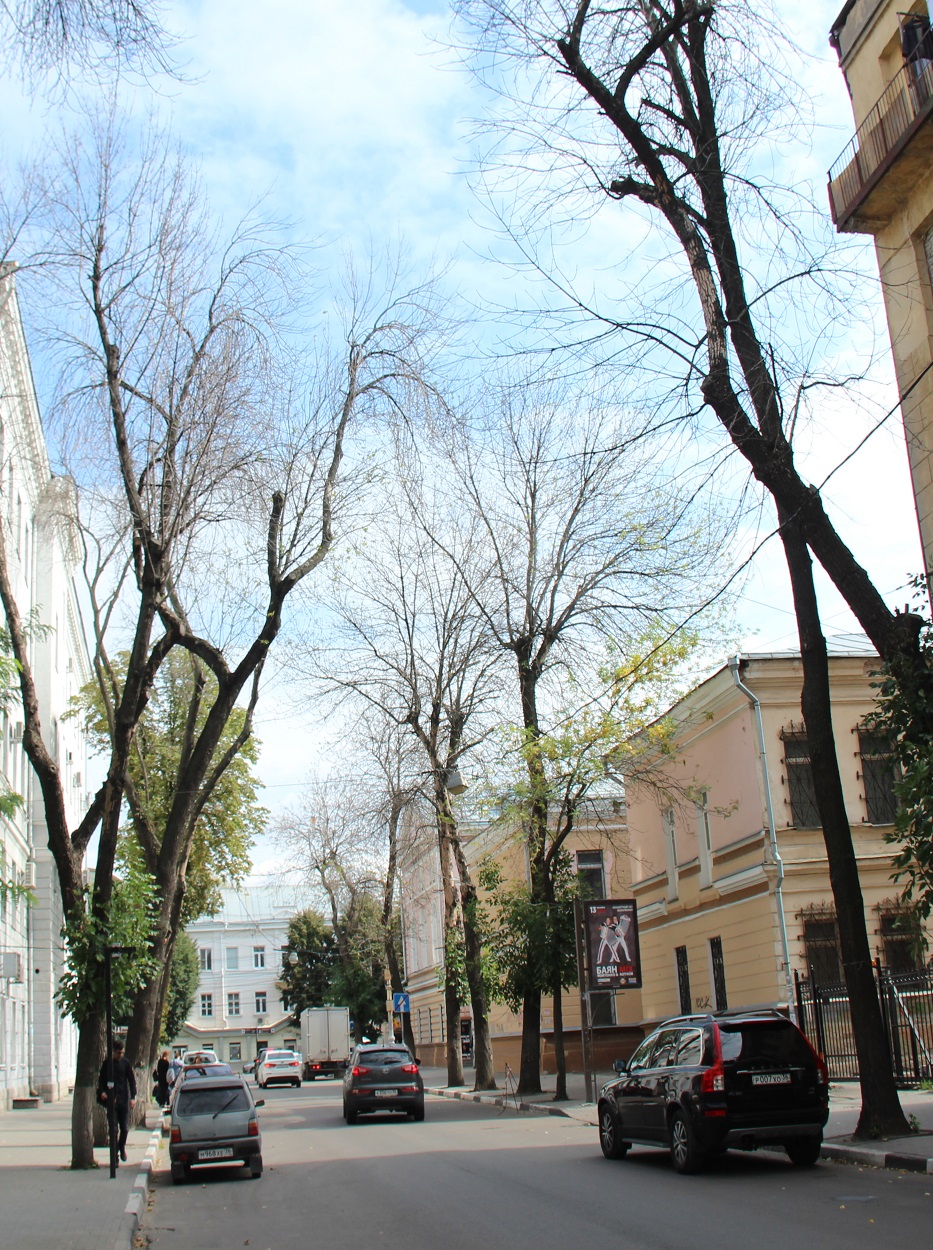