Grazing in the urban desert

Wonderful insights appear when your mind is clear and you are immersed in a completely different environment. My journey into the desert of Jordan lead me to this conclusions: goats dictate the tree growth in the desert, like we do in urban areas only we name our goats arborists and the shepherd a tree manager. Trees in the city are the same as in the desert, only that we plant trees in desertic conditions that would never grow there naturally.

Trees belong in the forest. This is a somewhat dangerous statement to make. Many urban dwellers will agree with this, add that they have been claiming it for years and use it as their anti-green blade. However, for many other people, knowing that trees belong in the forest helps us understand them better. In an unmanaged or poorly managed Western European forest, trees often grow with multiple species, in different layers and ages with shrubs and herbaceous plants. With patience, a tree will create a self-sufficient biotope with its own microclimate through ecological succession. In other words, leaving humans out of the equation, a tree can take care of itself just fine.

However, the reality of a tree in the urban environment is quite different. I consider the urban environment to be like an isolated rural road in the countryside, but also any busy and highly urbanized area such as Rotterdam or London City. The latter is sometimes referred to us as an A-location by project developers. Trees at these locations lack structural layers and are homogeneous in age and species. Still, the most worrisome factor is the soil environment. There is often no self-sufficient litter layer, rather a compacted growing pit covered with a hard surface. The result is the lack of humus- and soil-forming processes. It also lacks moisture supply, since the design is mostly far away from a proper rainwater filtering system. Therefore this environment is everything but an “A” location for trees. If trees were having legs they would run for their life outside the urban jungle. But trees, just like in the desert, are self-reliant and have a great deal of flexibility. They search for space outside the designated place of growth. This leads to root pressure, which we experience as a negative characteristic even though the tree is simply trying to survive.

In the desert we see plant species that are adapted to grow in the desert, otherwise they simply wouldn't be there. Every tree, shrub or herbaceous plant is adapted to the environment in which it is located. As such, we find universal drought and heat resistant characteristics in most of the species. Some of them have grey/blue leaves, presence of spines, small leaves, leathery leaves, hairy and thick leaves, and so on.

Then, does the same apply to the urban environment? Unfortunately, an aesthetic choice of species is often made. Urban climatic and soil conditions are overlooked.  In the best case scenario, there is an attempt to adapt the soil to the requirements of the selected tree. And so, trees must find their way into the paved environment, which does not deviate much from the desert. In this case though, the tree might not be drought or heat resistant. This is because, when choosing the species, we tend to not focus on the existing circumstance and rather focus on the intended spatial appearance.

The tree in the desert develops with the thrive of its genetic properties but also with the possibility of searching for growing space and coping with the prevailing climatic conditions. In a desert, tree management might be out of context, but the indirect influence of humans on the development  of trees can be easily spotted. Let’s take the Phoenicean juniper (Juniperus phoenicea) and the evergreen oak (Quercus calliprinos) in the Wadi Rum desert in Jordan as an example, both up to 8 meters high and often with multiple stems. Here, domestic goats are kept by locals. The goats eat the foliage up to their reach, which means that the trees are eaten bare up to about 150 cm and find it difficult to rejuvenate. A special characteristic of the evergreen oak is that they possess very small, spiny, holly-shaped, toothed leaves. These are mainly located in the lower crown parts and act as a way of reducing the attractiveness to the goats. A little higher in the crown we can  immediately observe that the oak also forms leaves with hardly any spines. The shepherd determines where the goats are allowed to graze and thus influences the appearance of the trees at location level. It is clear that the trees have been growing here for thousands of years and those who survived have adapted to the climate and the goats.

The above mentioned goats are no different from the arborists in the urban environment. These do not graze the lower 150 cm, but usually the lower 500 cm of the trees. It is the tree manager who indicates where the arborists are allowed to “graze”. This is usually everywhere where people might occupy the space under the tree canopy. In other words, almost no tree is skipped from “grazing”. It is a pity that trees do not adapt to this by growing spines in the lower 500 cm.

In line with the adaptation of trees to their environment or rather the environment to the trees, Jean-François Gauthier uses the existing environment as much as possible and adapts his urban design to it. This landscape architect looks very closely at the environment and tries to adapt the design as much as possible to what the environment already offers. He sees tall buildings as mountains and streets as green valleys. He claims that in many designs trees are used as mere furniture pieces with little consideration of the demands of the trees. He also states that short rotation circles of 30 years are often the rule. With the project Trees First he has already made a number of designs. In these projects, the environment is the lead factor for the design and the tree species selection is clearly in tune with surrounding circumstances. Besides, if needed, adjustments to the growing location are made by improving the sites as much as necessary and optimally matching them to the needs of the selected tree species. I believe that we try to turn the urban desert into an oasis but aren’t always successful in this. But we can also adapt our assortment to the possibilities that the urban desert offers us, as long as we strive for a long lifespan.

An special, even confusing consideration from the point of view of 'adapting tree species to the urban desert' goes to the invasive species. Take the tree of heaven, Ailanthus, a genus from Asia that has been planted in the Netherlands for over a hundred years. A beautiful tree with a domed crown, white flowers and beautiful red winged fruits in the summer and attractive for the bees. However, for a number of years this genus of trees  has been identified as invasive due to its high propagation rate. A behaviour that I first saw in Maastricht in the Netherlands, but that I have observed for years in Central and Southern Europe. In America, the tree of heaven is seen as a weed and thus constantly removed and fought everywhere. Invasive species are so called because they displace other species, which in turn can have negative consequences for biodiversity. That is why since 2019 the genus Ailanthus has been on the European Union list  of invasive species and may no longer be traded or distributed. If we look at it positively, we should actually cherish this tree genus in the urban environment because apparently it can cope well within the urban desert.

The desert brings me to the realization that there are more possibilities to start rewilding and to give space to natural processes. Rewilding focuses on stimulating natural processes that produce robust nature, a principle that could potentially also be used in cities. The fewer human interventions and the more room for natural processes, the higher rewilding score and robustness of a plant community that is able to evolve and adapt. Nature seizes the opportunities that arise, unhampered by any kind of ideology or aesthetic criteria.

Conclusion: tree species selection must match the function and the growing site. Choose for quality and use a tree species that can develop optimally under the given circumstances or otherwise adjust the growing conditions. In all cases, strive for optimal growth and keep in mind that you are acting within a desert, also been known as City. 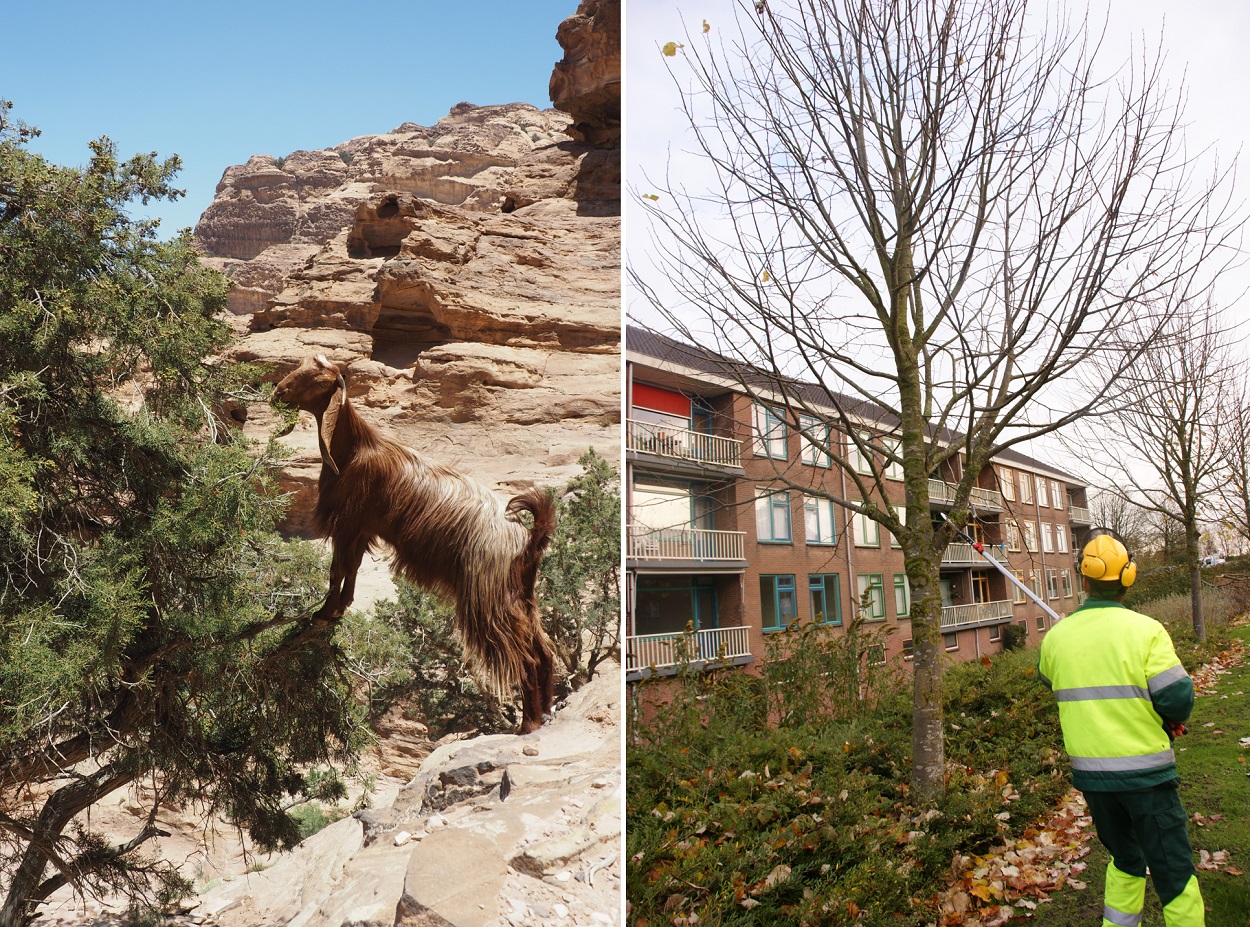 There are more similarities between goats and arborists as thought 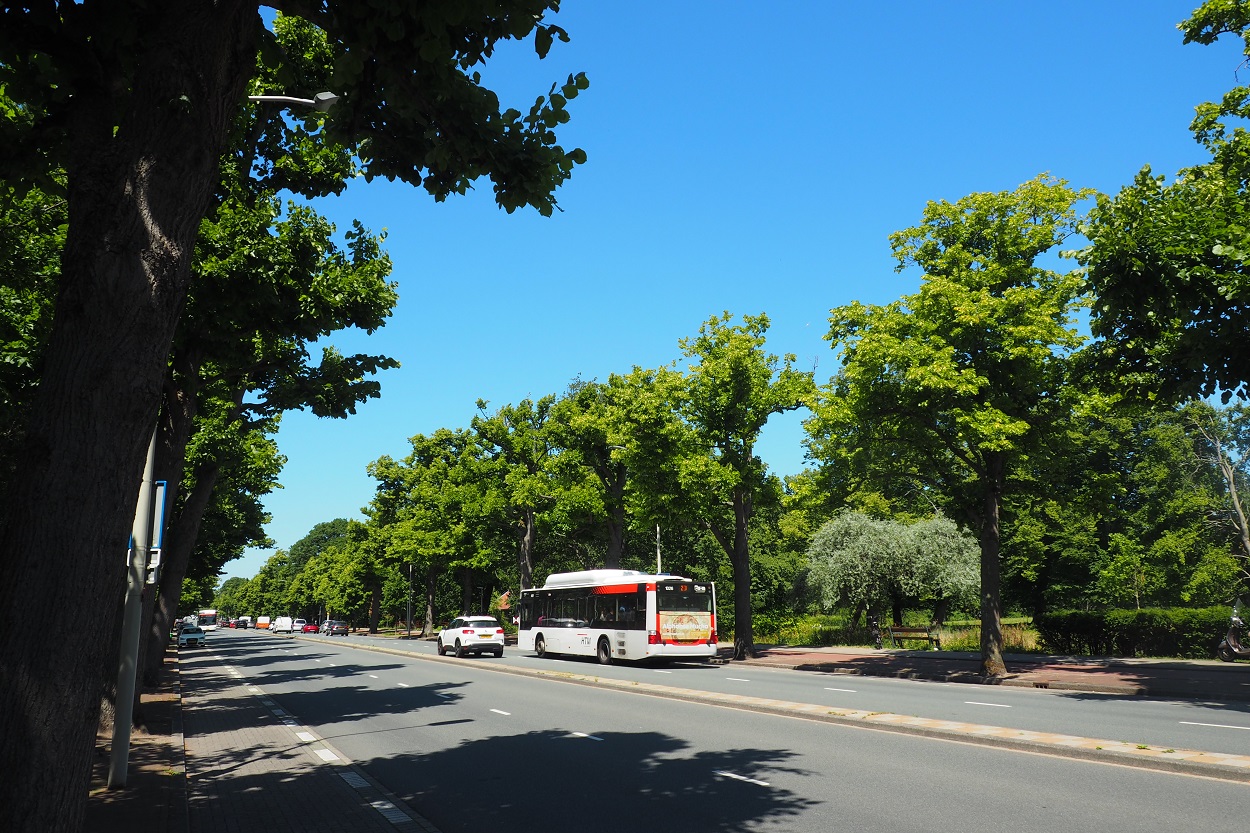 Linden in the Urban desert of The Hague 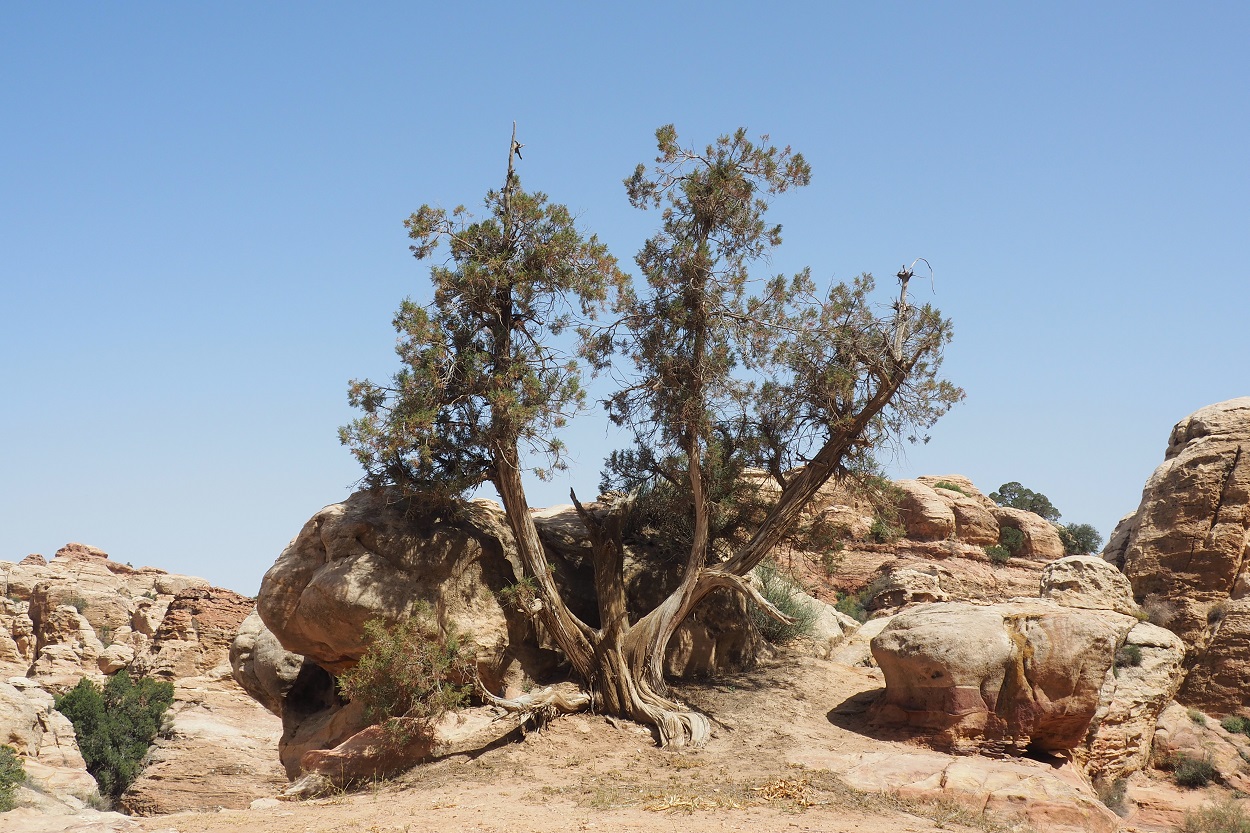 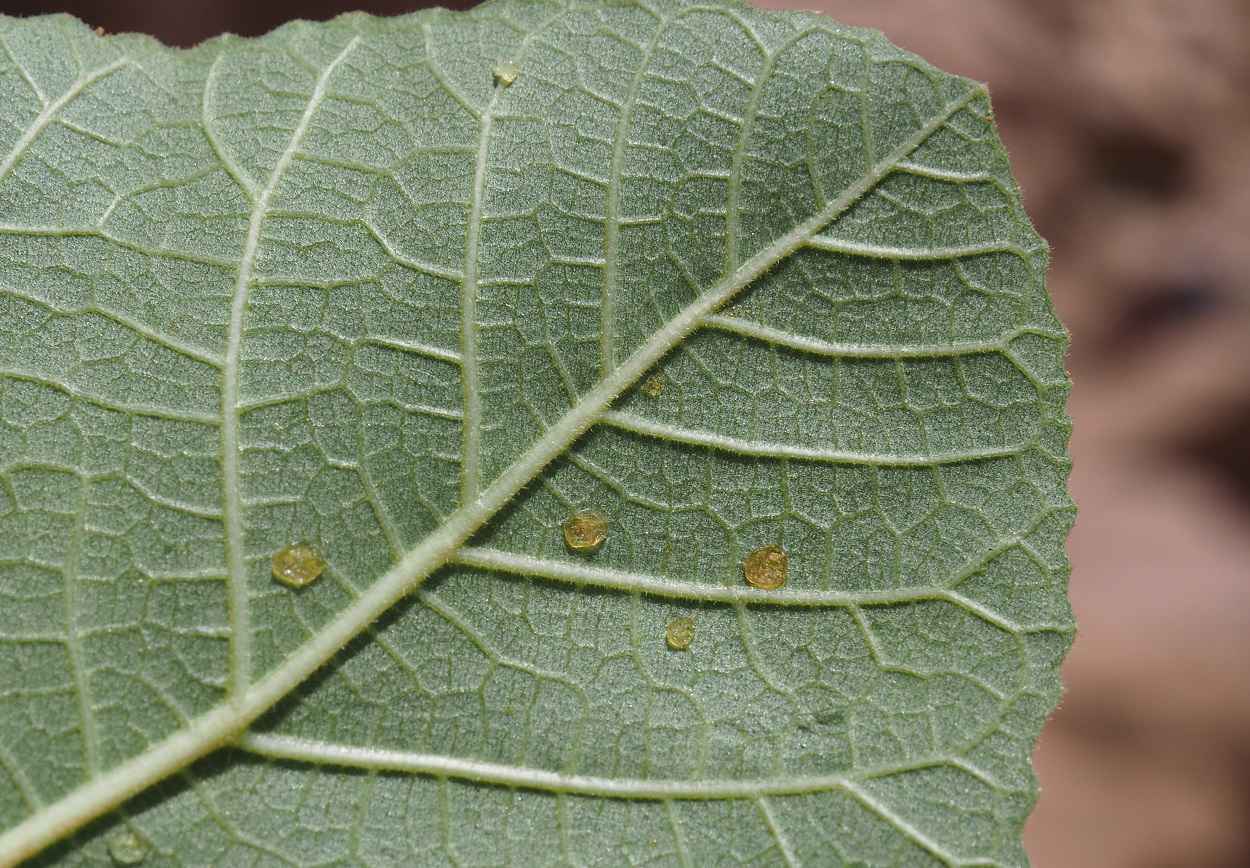 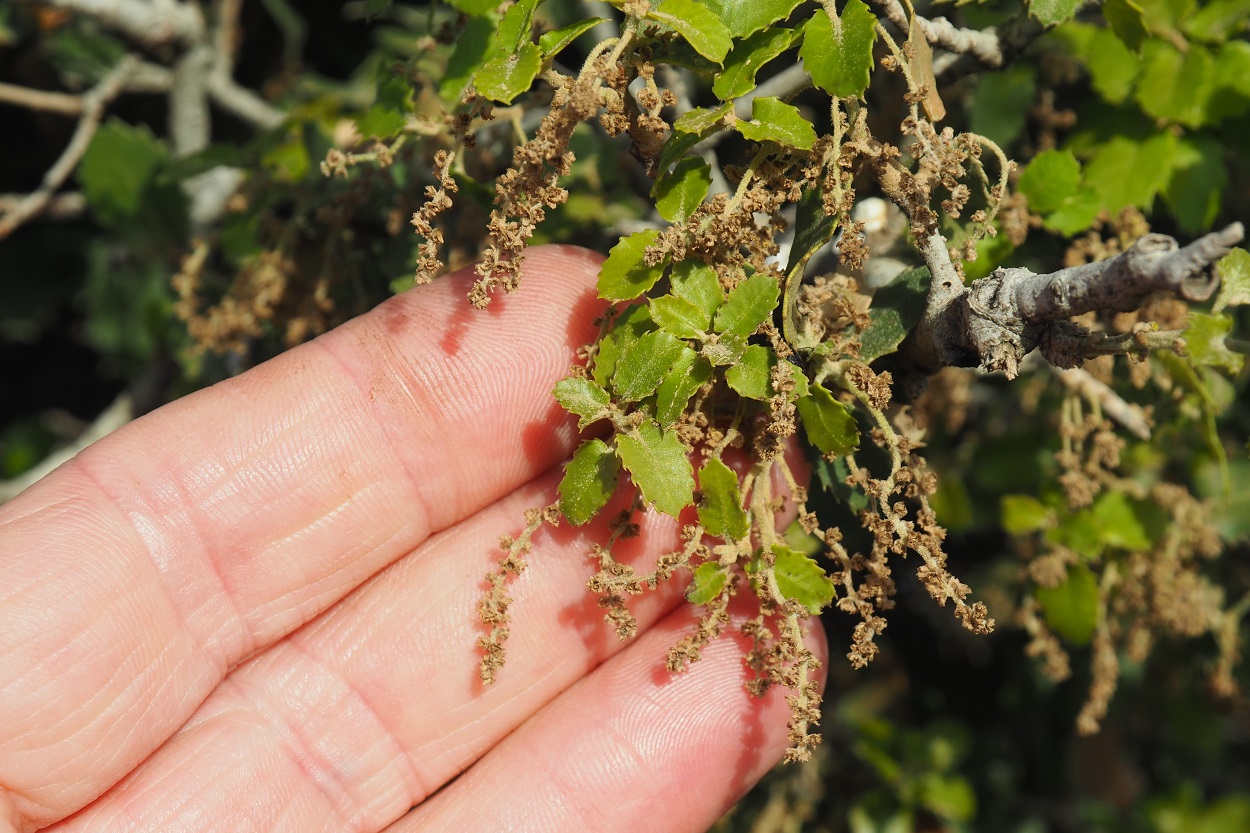